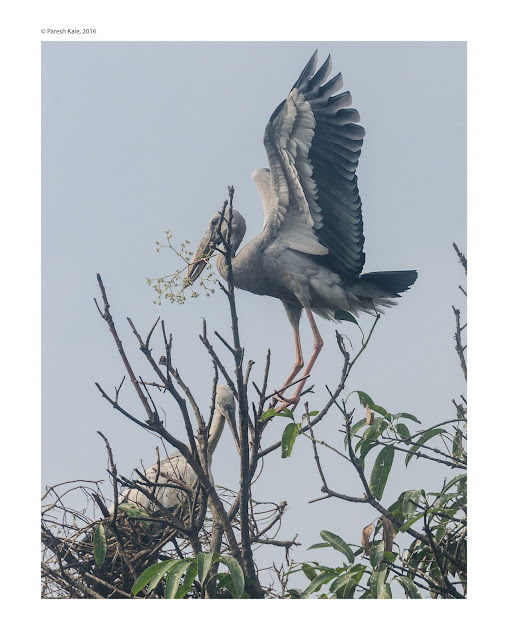 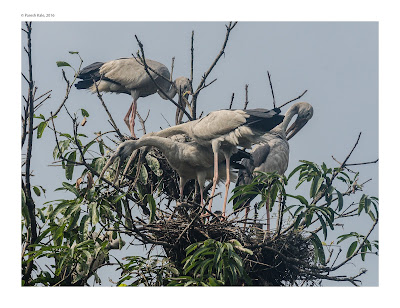 A small colony of about 500+ Asian Openbill stork birds is established at a small village of Rjaamunda, near Rourkela. These storks migrate to this very place somewhere near June and fly back in October once the new-borns are mature enough.

Openbills can be characterised by the gap between the bill. These storks are known to habitat near the paddy fields, from where they can gather 'snails.' Openbill stork is a large bird with the wingspan more than 5 feet. Storks built a big, almost 5 feet wide nest with the help of twigs of Saal or Mango tree. Either parent looks after the babies while other make rounds and bring the food.