Blue Oakleaf is an unusual shaped butterfly, known for its unparallel camaflouge technique. When closed, the wings of the oakleaf simulates shape of a dry leaf. Seating position , normally on trunk or branch of the tree, adds drama to it and looks as if a leaf of the tree. Blue Oakleaf settles in such position, blends with tree structure and makes it a challenging to find it out when one was not tracking it.

However in flight, this beauty is easy to identify. Flashy blue, quick but erratic flight and large wingspan features makes it easy for ID. In IIT campus, this insect was abundant soon after rainy season. A sure shot sighting on a bamboo tree sap in hill side area. On every visit, we were able to spot at least 2-3 specimens. However, any other activity by it like mating, egg laying, courtship etc was never observed by us. Surprisingly, oakleaf population seemed declined in February. Not a single specimen was sited.

As far as geographical distribution is concerned, This  specie is restricted to South India, hence named, and is not yet recorded in North India. Likely upper boundaries are Mumbai and Nashik.

Most interesting fact about this species is its under-wing pattern. According to Winter Blyth, no two oakleaf bare similar under-wing pattern, making every individual unique. A collage of different specimens recorded in and around Mumbai will suffice this fact. 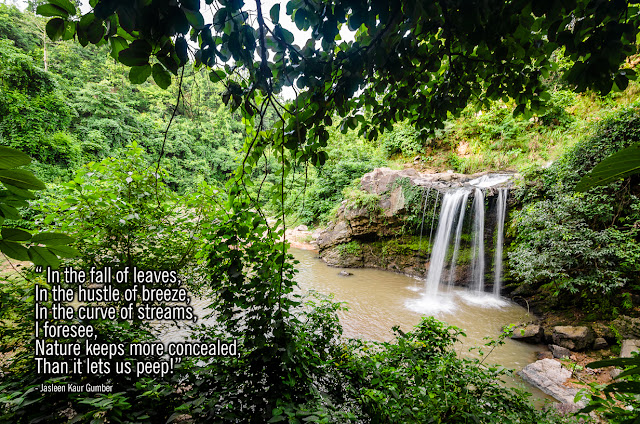