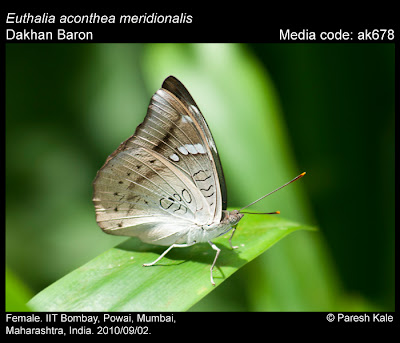 Common baron is a common medium sized graceful butterfly. Brown in color, female and male differs slightly on upper wings. Female has prominent white spots on upper-side. Species can be confused with chocolate pansy.  Female is seen quite often basking on the big leaf. Having large abdomen, powers it a powerful flight. To find a baron male is a rare treat to the eyes. Male can be found near wet patches, puddling during noon time. Egg is laid singly, preferred LHP is cashew-nut. Egg is domed shape, green in color and has spines all over it. Caterpillar rests on upper side of the leaf, aligned with the mid-rib. Its spiny and looks like thin lines of the leaf. Even being on the upper side of the leaf, camouflage protects it. When grown enough, it forms a pupa below the leaf. Its attached to the leaf with "cremaster". Pupa is often parasitized  by chalcid wasps [1]. 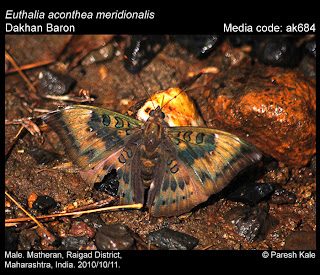 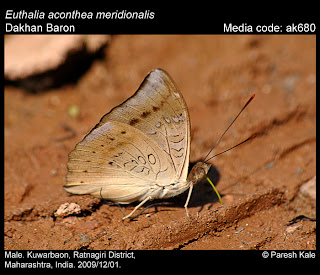